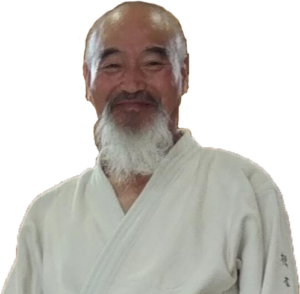 Welcome to the homepage of Hiroki Nemoto Sensei, a 7th Dan aikido instructor located in Iwama, Kasama City, Ibaraki Prefecture in Japan. Nemoto Sensei teaches aikido to both local students in the towns of Iwama and Tsukuba in the Ibaraki prefecture.

Nemoto Sensei started training aikido in 1964 at the age of 14 and he studied for one year with O’Sensei – Morihei Ueshiba – the founder of aikido.

Nemoto Sensei then continued to study from 1974 to 2002 for Morihiro Saito Sensei in the Founders dojo in Iwama. He also travelled with Saito Sensei all over the world and has extensive experience in training and teaching aikido.